I am sitting here realizing that I have so many thoughts to share, but am unsure where to begin.  I first heard about the Wilderman race earlier this year through some intense Google searching.  It fascinated me and drew me in, because, until that point, I had a hard time imagining what might be harder than an Ironman.  I immediately registered without have a Mountain Bike or any familiarity with the course/skills that might be necessary.  Nothing could have prepared me for this incredible race that challenged me in every way possible.

I flew into the race Friday, driving up from Grand Forks and accidentally ending up at the Canadian Border since Walhalla is only 2 miles from Canada.  All of the racers met and checked in at the Walhalla country club for the opening meeting and pre race pasta meal.  It was awesome meeting everyone else, and crazy to realize that there were only 7 of us doing the full Wilderman – talk about a lot of alone time over the course – and 10 doing the half (which is actually longer than a half a lot).  We went over course signage, aid stations, and words of wisdom to set us up for success the next morning.  I was amazed that we didn’t even need race bibs since there were so few of us.  I stayed in a town called Langdon for the night at a wonderful hotel, Cobblestone Inn, which enabled me to get a great night’s sleep before the chaos ensued as it was also close to the swim start at the Mt. Carmel Dam.

Race day, I woke up at 4:45am out of habit and ate a couple of powercrunch bars for breakfast.  Luke, another competitor, and I left the hotel around 5:50 to get the swim start with plenty of time to get our gear in order.  I had realized the night before that I had forgotten to buy CO2 cartridges and luckily, a Canadian racer named Tom provided me with one in case I got a flat.  Transition was basically free for all.  Find a place against the trees or on the grass and just make yourself at home.  I put all of my additional gear, which we could access at mile 70 of the bike, T2, and mile 10 of the run, into my awesome Tri bag labeled Impossible is Nothing with my name sewn into it, a wonderful present from my siblings and to remind myself to press on.

For the swim, it was a beautiful course with clear water that allowed me to see my stroke in full.  There were 2 yellow buoys .6 miles apart and a random black intertube assortment in the middle to serve as a guide.  I could hardly see that, so I just focused on sighting the yellow buoys.  After the first loop, you had to take a moment to yell your name to the people waiting on the beach before continuing onto loop two.  I opted out of using my wetsuit since I didn’t really want to fly with it and I figured I could use the practice prior to IM Lousiville in case it isn’t wetsuit legal.  I also liked not having my shoulders strained in the wetsuit.  Of course, I was the only person not wearing a wetsuit, but I was super happy to hit my goal time of 1:30 on the dot having swam 2.6 miles according to my GPS.  I concentrated on good form and a long, relaxed stroke the whole time since I knew it was just the start of what would be a very long day.  It was nice knowing the swim would be the easiest part for once!  I also thoroughly enjoyed doing an Ironman without getting pummeled by other racers the entire time.

Coming into transition, I leisurely walked and took my sweet time putting on compression socks double layered with cushion socks and my recreational bike shoes.  I wore my US Military Endurance Sports kit with a longsleeve wicking shirt underneath to protect against bugs, falls, and the sun.  I had loaded up my camelbak with all of the mandatory gear to include compass, heat blanket, waterpurification tablets, first aid gear, my phone for emergencies, and nutrition, so it was all ready to go.  I opted to listen to my iPod on the bike since I wasn’t too worried about traffic or lots of people on course.   I also used cushioned gloves and didn’t bother using my Garmin since I have a basic bike computer for speed and time of day.  Once I got changed and geared up, I set off on the bike in a great, come-what-may mood just before 9am thinking, well here goes nothing, time for my first genuine mountain bike ride!

At T2, I spent about 35 minutes leisurely preparing for the run.  I refilled my water, changed completely, stocked up all my essentials to include headlamp, flashlight, insect repellant hood, and nutrition.  I also spent a long time chilling in the nice folding chair they had out for us.  I was certainly in no hurry to begin the run!  I opted for compression socks, a long sleeve top, carried my camelbak, wore a hat and clear glasses, and then put the insect hood over top of that and later the headlamp.  Let’s just say that my fashion was impeccable this entire race.

This race was by far the hardest thing I have ever done.  I love ironman races because of the challenge and the people that do them.  I love the crowds, the energy, and the strategy.  This offroad ironman had very few people, but quality supersedes quantity.   My fellow racers were each incredible people in their own right and the volunteers were absolutely wonderful.  It was a long and grueling race and I was so grateful to being able to spend so many miles with great company when Luke joined me.  It would have been a much longer day without him out there to take my mind off of exhaustion.   I can officially call myself a mountain biker and a Wilderman!   I am so happy to have done this and grew so much and was humbled time and time again on course.  You never know your own strength until you challenge it.
Posted by Unknown at 5:17 PM 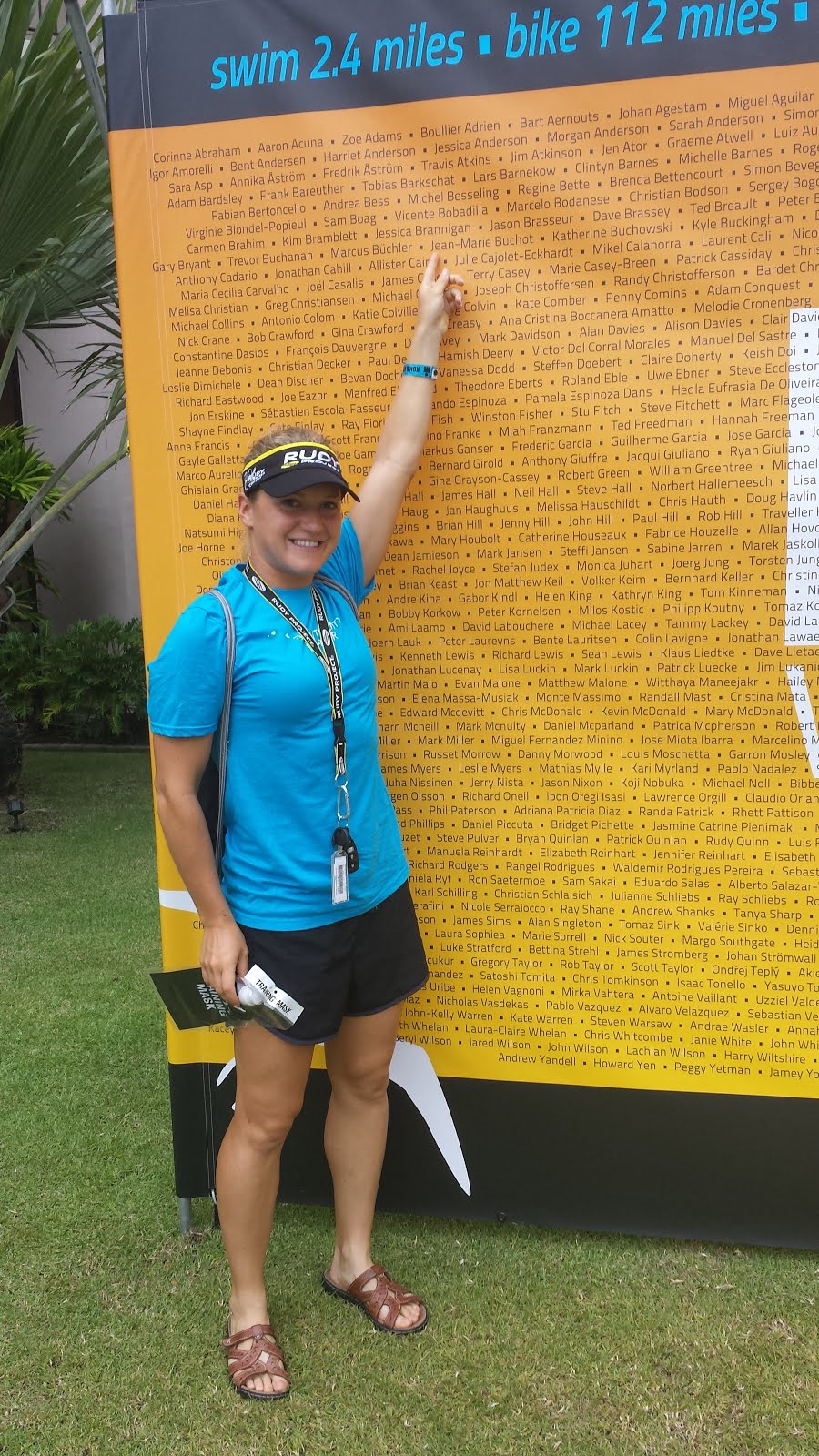 Bound for the 2nd Time 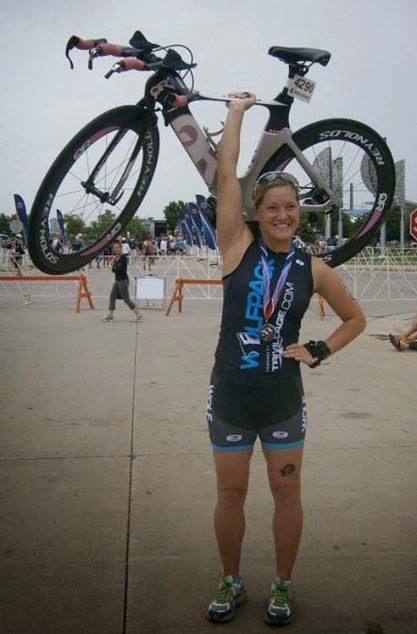 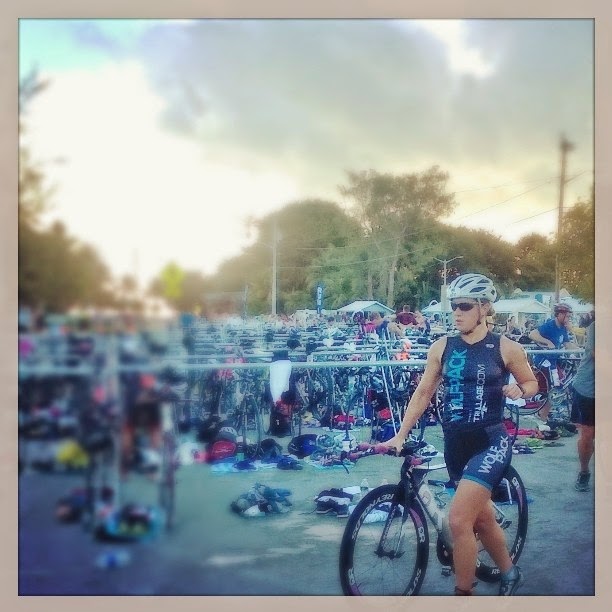 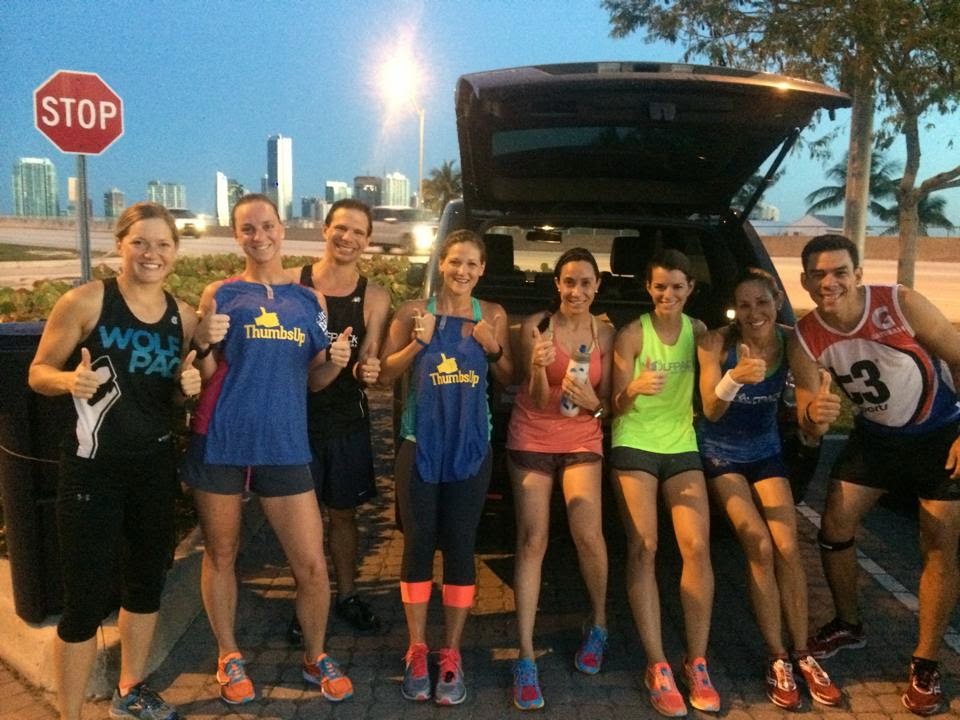 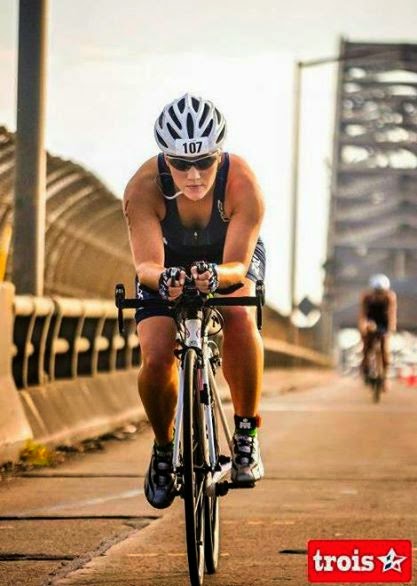